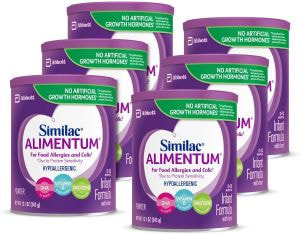 If your child was hospitalized after taking Recalled Alimentum Baby Formula, call an Alimentum Recall Lawyer today
​On February 27, 2012 Abbott Laboratories, Inc. “(Abbott”) announced it was recalling powder formulas, including Similac, Alimentum and EleCare manufactured in Sturgis, Michigan, one of the company’s manufacturing facilities. The recall does not include any metabolic deficiency nutrition formulas. Products made at this facility can be found across the U.S. and were likely exported to other countries as well. Canadian health officials have also issued a recall warning.
​
Abbott is recalling these products after four consumer complaints related to Cronobacter sakazakii or Salmonella Newport in infants who had consumed powder infant formula manufactured in this facility.  The Company said its Alimentum Baby Formula Recall investigation is ongoing. If you have questions, contact Alimentum Recall Lawyer ​Timothy L. Miles for free today. 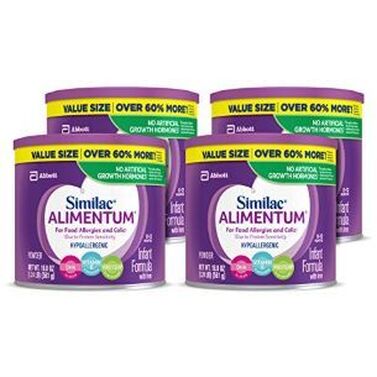 Call an Alimentum Recall Lawyer today and see if you qualify for an Alimentum Baby Formula Recall Lawsuit
The same day, the U.S. Food and Drug Administration (“FDA”) announced it is investigating consumer complaints of Cronobacter sakazakii and Salmonella Newport infections. The FDA stated that in all of the cases are reported, each consumed powdered infant formula produced from Abbott Nutrition’s Sturgis, Michigan facility. The FDA further stated it was is alerting consumers to avoid purchasing or using certain powdered infant formula products produced at this facility.
The FDA is addvides consumers not to use Similac, Alimentum, or EleCare powdered infant formulas if:​The FDA stated it was investigating complaints of four infant illnesses from three states. All four cases related to these complaints were hospitalized and Cronobacter may have contributed to a death in one case. The FDA stated it has initiated an onsite inspection at the facility and its findings to date include several positive Cronobacter sakazakii results from environmental samples taken and adverse inspectional observations by the FDA investigators. A review of the firm’s internal records also indicate environmental contamination with Cronobacter sakazakii and the firm’s destruction of product due to the presence of Cronobacter.
“As this is a product used as the sole source of nutrition for many of our nation’s newborns and infants, the FDA is deeply concerned about these reports of bacterial infections,” said Frank Yiannas, FDA Deputy Commissioner for Food Policy and Response. “We want to reassure the public that we’re working diligently with our partners to investigate complaints related to these products, which we recognize include infant formula produced at this facility, while we work to resolve this safety concern as quickly as possible.”

How do I know if I bought Recalled Alimentum Baby Formula?

Then go to this website – www.similac.com/recall – where you can type in the code to see if your baby formula is on the list.  If you have further questions, or need additional assistance, please call an Alimentum Recall Lawyer today for free.

What Should I Do If My Product Was Affected by the Recall?

The defective baby formula products contain bacteria that, if ingested, can cause a serious, life-threatening infection in young children. Any family that has Abbott products in their home should dispose of them and find a safer alternative for their children, one that doesn’t jeopardize their health and wellbeing. Although there are only four cases of infections, it’s best to avoid the products entirely to ensure your child's safety. 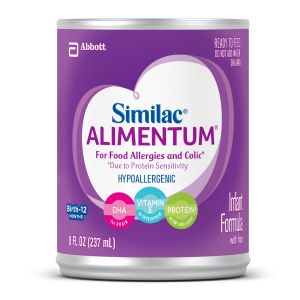 If your child consumed Recalled Alimentum Baby Formula, call a Alimentum Recall Lawyer
Cronobacter sakazakii is a bacteria commonly found in dry environments, like baby formula, and can cause stomach issues as well as urinary tract infections in people of all ages. However, when it’s ingested by a child two months or younger, it can result in more serious infections, like sepsis and meningitis. If your child exhibits any of the following symptoms after consuming a dry food product, you should seek medical treatment to ensure their safety:On the other hand, Salmonella Newport causes symptoms of foodborne illness, such as diarrhea, intestinal pressure, and vomiting. This type of bacteria is significantly more dangerous to children under three months of age, and an infant who’s infected with Salmonella Newport will exhibit the same symptoms as Cronobacter sakazakii.

What Should I Do if My Child Is Showing Symptoms?

​If you notice that your child is exhibiting any of the symptoms mentioned above after consuming a powdered baby formula product, it’s best to bring them to a trusted medical professional for a second opinion. The signs of a Cronobacter sakazakii or Salmonella Newport infection are very vague, and the behavior your child is showing could just be a coincidence rather than a severe diagnosis. However, you don’t want to leave that up to chance, and by seeking medical attention sooner rather than later, you can protect your child from the consequences of an infection that’s gone too far.

​Contact Alimentum Recall Lawyer, Timothy L. Miles, today for a free case evaluation to see if you are eligible for the Alimentum Baby Formula Recall Lawsuit.