If you had losses in Bumble, call a Bumble Lawyer,  you may be eligible for a Bumble Class Action Lawsuit​ 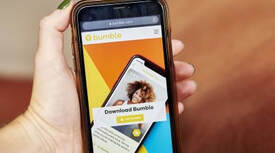 A class action lawsuit seeking to represent purchasers of Bumble Inc. (NASDAQ: BMBL) Class A common stock directly in Bumble’s secondary public stock offering which took place on or about September 10, 2021 (the “SPO”). Commenced on January 24, 2022, the Bumble class action lawsuit – captioned UA Local 13 Pension Fund v. Bumble Inc., No. 22-cv-00624 (S.D.N.Y.) – charges Bumble, certain of its top executives and directors, the underwriters of the SPO, and Blackstone Group Inc. (“Blackstone”) with violations of the Securities Act of 1933.​

T​Bumble is an operator of two online dating platforms: (i) the Bumble app; and (ii) the Badoo app.  In February 2021, controlling shareholder defendant Blackstone took Bumble public through an initial public offering in which Bumble raised more than $2.4 billion from investors in gross offering proceedings (the “IPO”).  Following its IPO, Bumble claimed that it was experiencing significant growth in its paying user count.

The Bumble class action lawsuit alleges, unbeknownst to investors, during the third quarter of 2021 (“3Q21”), ending September 30, 2021, Bumble’s previous favorable paying user growth trend had abruptly reversed.  Despite these adverse facts, on or about September 10, 2021, just days before the end of its 3Q21, Bumble undertook another registered public stock offering without disclosing the problems plaguing its dating apps or the abrupt slowdown in Bumble’s paying user growth – allowing Blackstone to sell 20.7 million shares of Bumble Class A common stock at $54 per share, generating more than $1.1 billion in gross proceeds.

Specifically, the Bumble class action lawsuit alleges that the SPO’s registration statement contained inaccurate statements of material fact because they failed to disclose that: (i) Bumble’s paying user growth trends had abruptly reversed in 3Q21 and Bumble had actually lost tens of thousands of paying users during the quarter; (ii) paying users had been more reluctant to sign up for the Bumble app during 3Q21 because of the recent price hike for paid services on the app; (iii) a material number of paying users were leaving the Badoo app and/or could not make payments through the Badoo app due, in substantial part, to problems arising from Bumble’s transition of its payment platform; and (iv) as a result, Bumble’s business metrics and financial prospects were not as strong as the registration statement had represented.

In November 10, 2021, Bumble announced its 3Q21 financial results, disclosing that, rather than growing paying users, Bumble’s total paying user count had actually declined to 2.86 million, well below Bumble’s 2.9 million reported paying users as of June 30, 2021 as highlighted in the registration statement.  Subsequent to the SPO, the price of Bumble Class A common stock declined substantially.  By January 24, 2022, Bumble Class A common stock traded below $27 per share, a decline of more than 50% from the SPO price  as investors suffered losses in Bumble.

How Can a Bumble Lawyer Help Me?

A Bumbke Lawyer is well-versed in the complex laws that govern the securities industry and litigation.  A Bumble Lawyer focuses on representing individual investors or funds who have been the victims of fraud or who have disputes with investment professionals.  Ordinary individual investors, including civil servants, teachers, nurses, and retirees, may need a securities lawyer. In most cases, if they have lost money due to mistakes, incompetence, or fraud by an investment professional.  While FINRA, the SEC, and state securities regulators serve a vital role in protecting investors, they simply have too many individuals, firms, and market transactions to monitor to discovery every act of fraud or negligence. Individual investors should consult with a securities lawyer if they have lost money due to fraud or stockbroker misconduct, such as a Bumble Lawyer who will work to recover the losses you sustained.

If you suffered losses in Bumble, contact a Bubmle Lawyer today at (855) 846-6529 or tmiles@timmileslaw.com or by submitting the form below and see what a Bumble Lawyer can do for you.  Someone will promptly get in touch with you.