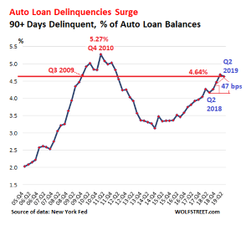 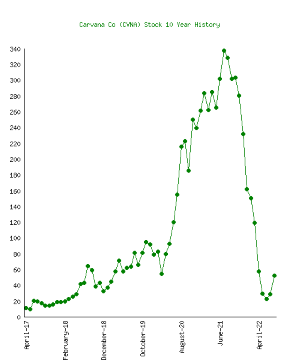 If you suffered losses in Carvana stock, call a Carvana stock Stock Loss Lawyer
​Carvana provides an e-commerce platform for buying and selling used cars in the United States.

The Carvana class action lawsuit alleges that, throughout the Class Period, defendants made false and misleading statements and failed to disclose that: (i) Carvana faced serious, ongoing issues with documentation, registration, and title with many of its vehicles; (ii) as a result, Carvana was issuing unusually frequent temporary plates; (iii) thus, Carvana was violating laws and regulations in many existing markets; (iv) consequently, Carvana risked its ability to continue business and/or expand its business in existing markets; (v) as such, Carvana was at an increased risk of governmental investigation and action; (vi) Carvana was in discussion with state and local authorities regarding the above-stated business tactics and issues; and (vii) Carvana was facing imminent and ongoing regulatory actions including license suspensions, business cessation, and probation in several states and counties including in Arizona, Illinois, Pennsylvania, Michigan, and North Carolina.
​
On June 24, 2022, Barron’s published an article entitled “Carvana Sought to Disrupt Auto Sales. It Delivered Undriveable Cars,” detailing, among other things, that: “[i]n its haste to seize market share from competitors, Carvana was selling cars faster than it could get them registered to their new owners” and “at one point forming an ad hoc unit known as the ‘undriveable-car task force’”;  “[i]n other instances . . . Carvana sold cars before it had title to the vehicles, an action that is illegal in many states where the company does business”; and “state regulators across the U.S. have been subjecting [Carvana] to suspensions or increased oversight over registration delays and its practice of issuing multiple temporary license plates from states where it has dealer’s licenses, instead of promptly providing permanent ones.”  For example, the article detailed that “Pennsylvania officials suspended [Carvana’s] license to issue temporary permits at its two vending-machine towers in that state . . . citing late document submittals, ‘improper issuance and verification of temporary Pennsylvania plates in other states,’ and other violations.”  On this news, Carvana’s share price fell approximately 21% over the next two trading days, damaging investors who suffered loses in Carvana.

The Lead Plaintiff Process in the Carvana Class Action Lawsuit

How Can a Carvana Stock Loss Lawyer Help Me?

​A Carvana Stock Loss Lawyer is well-versed in the complex laws that govern the securities industry and litigation. A Carvana Stock Loss Lawyer focuses on representing individual investors or funds who have been the victims of fraud or who have disputes with investment professionals. Ordinary individual investors, including civil servants, teachers, nurses, and retirees, may need a ﻿securities lawyer﻿. In most cases, if they have lost money due to mistakes, incompetence, or fraud by an investment professional. While FINRA, the SEC, and state securities regulators serve a vital role in protecting investors, they simply have too many individuals, firms, and market transactions to monitor to discovery every act of fraud or negligence. Individual investors should consult with a securities lawyer if they have lost money due to fraud or stockbroker misconduct, such as a Carvana Stock Loss Lawyer who will work to recover the losses you sustained through a Carvana ​​Class Action lawsuit.​

​If you suffered losses in Carvana stock, contact Carvana stock loss lawyer Timothy L. Miles today about a Carvana class action lawsuit, and see what a Carvana Stock Loss Lawyer can do for you.