What Are Metaverse or VR Injuries?

If you suffered a metaverse injury or VR Device Injury while using a VR Device, call a VR Device Lawyer today
One of the biggest advancements in technology has been virtual reality (VR) systems, as they offer an immersive experience that many other entertainment products can’t compare to. While this is all fun, the human body still exists in reality while the mind wanders the virtual reality environment, and some individuals have become injured as a result of using these metaverse machines and suffered a metaverse injury.  Metavere injuries and VR Device injuries are becoming more and more common as more people start using Virtual Reality Devices.  If you  or a loved ones suffered a metaverse or VR injury, call a VR Device Lawyer today.

​The otherworldly experiences that these devices offer can also be their downfall: Metaverse Injuries or a VR Device injuries. Most VR headsets, such as the HTC Vive and Facebook’s Oculus Quest, are designed to completely remove the user from reality using a noise-canceling and sight-restricting headset, which has resulted in broken bones, concussions, and injuries to spectators who got too close to the user. Also, the VR user, with inhibited senses, might be unable to avoid dangerous elements in their surroundings, which can result in broken personal items or a trip to the hospital as a result of these VR Device Injuries.

Many tech experts have already warned against VR device injuries or a metavese injury, but there are still people who will use these devices and become injured despite the precautions. Unfortunately, these virtual reality devices were designed to focus strictly on entertainment, and some manufacturers have failed to emphasize safety in the manufacturing process, causing innocent people to sustain VR injuries and/or a metaverse injury during use. If you’ve been injured by a VR headset or any other VR device injuries or metaverse injury, a Virtual Reality Injury Lawyer can help you file a lawsuit against the manufacturer and recover the damages you need to move on from the situation.

If you suffered a metaverse injury or VR Device Injuries, contact a Virtual Reality Injury Lawyer now. To get started, submit the form below.

Who Is Liable for Metaverse or VR Injuries?

The VR industry is rapidly evolving, but manufacturers have yet to address the pressing need for safety regulations. The problem is partially due to the ambiguous liability of metaverse or VR injuries, as there are many contributing factors that can shift the liability onto different parties. For example, if a user misuses their VR headset and becomes injured, they’re likely liable for the damage because their actions were negligent. On the other hand, the manufacturer would be liable for the damage if the headset contained a defect that resulted in VR Device Injuries but the user would have to prove that their use didn’t contribute to their injury. This is often complicated for someone without legal experience, but with the help of an experienced V​R Device Lawyer, you can navigate through the complexities and determine liability with ease.

What Are Metaverse or VR Injuries? 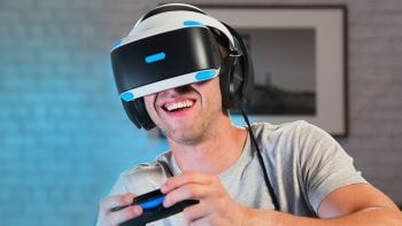 Consult a VR Device Lawyer if you suffer a metaverse injury or other VR Device Injury
​Virtual realty device injuries can vary greatly, but they mostly result from the user’s inability to perceive the environment around them. When you’re using a virtual reality headset, you’re seeing and hearing stimuli from the metaverse rather than from reality. While this is what the devices are designed to do, it can be seriously disorienting for some people and can even cause people to forget that they’re not in the real world momentarily and end up with VR Device Injuries. In some cases, users have attempted to climb onto an elevated surface in the meta world and fallen on their faces because the surface doesn’t actually exist, which has resulted in disfigurement and expensive hospital bills for these individuals. Here are a few real-life examples VR Device injuries:There are many more situations where VR device users have suffered metaverse or VR Injuries while their devices. For example, a Reddit user described an instance where he was playing an intense VR game and accidentally stepped on pieces of broken glass from a cup that his dog had knocked over. If he hadn’t been wearing the headset, he might have noticed the hazard in his path, but the immersion of the VR device caused him to step directly onto it and caused him to need stitches. If you find yourself with metaverse or VR Injuries from a VR device, contact a Virtual Reality Injury Lawyer today for more information on your next best step.

How Can I Prevent VR Device Injuries?

If you suffered VR Device Injuries Contact VR Device Lawyer Timothy L. Miles Today
There are several ways you can protect yourself from suffering VR Device Injuries. VR headsets come with extensively detailed instructions and directions on how to use the product. Any user should carefully read these instructions to keep themselves safe from injury, but there are a few other steps you should take to protect yourself, such as: Most importantly, you should make sure to remember that you’re still existing in the real world. The VR setting that you’re seeing might look indiscernible from reality, but at the end of the day, it’s just a game, and you’ll have to return to the real world at some point. If you suffer a VR Device Injury, call a VR Device Lawyer for free today.

​Virtual reality devices have allowed us to experience a new form of entertainment, one that we never thought was possible when we were kids. Now, it is not a reality, and there are many different devices you can choose from to access this magical entertainment, such as the HTC Vive, Oculus Quest 2, Playstation VR, HP Reverb, and the 360 Treadmill. While each of these devices offers its own unique set of benefits, they also come with various risks of injury for users, and you should exercise extreme caution during use to avoid an untimely hospital trip.

If you suffered metaverse or VR Injuries using one of the aforementioned products or any other VR device, you’ll likely need an experienced VR Device Lawyer to help recover damages. Fortunately, we are committed to staying on top of the newest topics that are affecting the industry, especially metaverse injury law. Contact a VR Device Lawyer today.

How much does a Virtual Reality Injury Lawyer Cost? 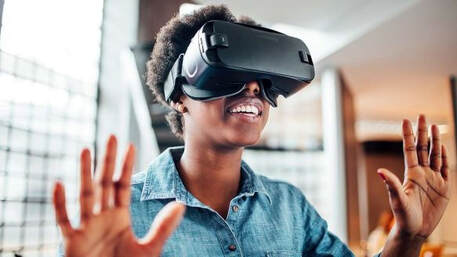