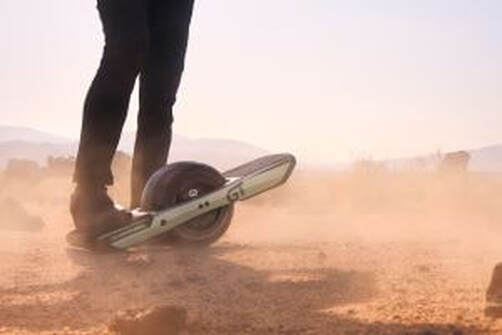 Call a Skateboard Lawyer about a One-Wheel Skateboard Lawsuit if Injured while using a One-Wheel skateboard
The popular self-balancing skateboard, One-Wheel, revolutionized the industry when it first became available in 2015, but the single-wheel board has since caused many riders to endure painful injuries due to a product defect. According to many riders, the one-wheel board is prone to sudden stops, which deactivates the balancing technology within the board and causes it to take a nosedive, launching the rider forward. In some cases, the defect has caused the board to stop while the rider is traveling at high speeds, which has resulted in some very tragic wrongful deaths.

No one should have to lose their life from a defective product, especially when there are laws to prevent this from happening. The manufacturer of One-Wheel, Future Motion, has a responsibility to ensure the safety of their product prior to sale, but their negligence has caused injuries in some and multiple families to endure losing someone close to them. If you were injured while using a One-Wheel skateboard, contact Skateboard Lawyer Timothy L. Miles today.

Although Future Motion may have intended for the One-Wheel to be safe for use, defects have resulted in a very unsafe product that’s causing harm to consumers across the country. Product liability laws exist for a reason, and those who were injured by a One-Wheel have a right to file a lawsuit against Future Motion for the damage they have caused. Although compensation can’t reverse the harm you’ve endured, it can help you offset the financial burden of your situation and allow you to recover in a timely manner.

If you were injured while using a One-Wheel skateboard, or a loved one lost their life, contact Skateboard Lawyer Timothy L. Miles today. A Skateboard Lawyer can explain the process and answer any questions you may have. We take all cases on a contingency basis which means we do not get paid unless we win your case.

Has Anyone Died On a One-Wheel?

Unfortunately, three families have filed wrongful death lawsuits on behalf of loved one’s who lost their lives while using a One-Wheel skateboard. These deaths occurred while the rider was traveling at high speeds, and the sudden stop of the board launched them forward and into the air. All three of the deaths were caused by a defect within the product, meaning that they shouldn’t have happened at all. If the manufacturer had employed the proper safety precautions prior to the sale of their product, these families would still have their loved ones alive and well.

Can you Be Injured While Using a One-Wheel skateboard if it Powers Off?

When a one-wheel skateboard powers off during use, the front-facing side of the board falls forward and creates a wedge between the product and the ground. The rider is then propelled from the board into the air, which can be deadly if they land on their head or neck. According to some injured riders, the problem results from the One-Wheel’s “pushback” feature, which is designed to notify riders when they’re approaching the limitations of the device. Unlike traditional skateboarding, there’s not much the rider can do once the product powers down, and even highly experienced one-wheel riders have sustained traumatic injuries because of the defect. If you were injured while using a One-Wheel skateboard that powered off during use, call a Skateboard Lawyer today.​

Is the One-Wheel Safe to Use? 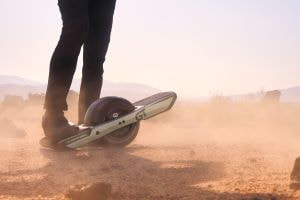 Call a Skateboard Lawyer today about a One-Wheel Skateboard Lawsuit if you were injured while using a one-wheel skateboard
​Although Future Motion claims that their product has safety features, the end result of their product isn’t as safe as they intended. The pushback feature that is designed to keep the rider upright during use can be influenced by tire pressure, wind direction, battery level, surface condition, velocity, and the rider’s stance/weight, which should be alarming to anyone who owns the product. With so many factors contributing to the performance of the product, there’s no way that any rider can use the product safely. If you own a One-Wheel skateboard, it’s best to discontinue use until the manufacturer gives more information on how to stay safe.