Facebook, Inc. (Facebook), which now owns Instagram, turned a blind eye to its own internal findings and documentation of the devastating mental health effects their social platform Instagram is having on adolescents, teens, and young adults including anorexia, anxiety, depression, and suicidal thoughts. Over 93% of American teenagers are now connected to the Internet, more than any other age group, with an estimated 73% belonging to at least one social network site accordingn to one study.

If your child suffered Facebook addiction or Instagram adiction and were born ON OR AFTER 1995 and suffered any of the following conditions fill out the contact form below for a free case evaluation by social media mental health lawyer Timothy L. Miles about a social media mental health lawsuit:
• Anorexia
• Bulimia
• Binge-Eating Disorder
• Purging (Vomiting, Laxatives, Diuretics, Excessive Exercising)
• Body Dysmorphia
• Self Harm or Attempt
• Attempted Suicide
• Suicide/Death
• Other Eating Disorder

​Frances Haugen, a former Facebook employee and now whistleblower, told a U. S. Senate committee “Facebook knows that they are leading young users to anorexia content.” She also pointed out that the rates of suicide and depression among teenagers is actually on the rise, contrary to Facebook’s claims that Instagram can help connect kids who may feel isolated.
​
The company’s leadership knows how to make Facebook and Instagram safer, but will not make the necessary changes because they have put their astronomical profits before people,” said Haugen, who implored lawmakers to help solve the crisis.  Facebook simply ignored adolescents and their Instagram addiction and mental health issues​. If you suffered Facebook addiction or Instagram adiction and suffered one of the conditions above, contact Social Medial Mental Health Lawyer Timothy L. Miles about a social media mental health lawsuit. 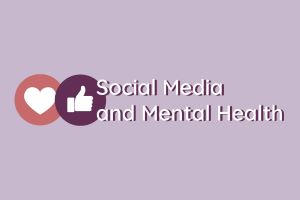 As Addiction to Social Media Rises, So Will the Mental Health Disorders Caused by Social Media
​Facebook was fully aware that Instagram could cause or worsen mental health issues in adolescents, yet did nothing nor did they notify anyone of their internal findings of Instagram addiction and mental healtth issues​, including the victims who suffered adverse mental health consequences as a result of Instagram. Instead, they made a conscious decision to put corporate profits ahead of the welfare of adolescents. Facebook's actions were deplorable and they must be held accountable. Contact social media mental health lawyer Timothy L. Miles today about a social medial mental health lawsuit.

Indeed, documents and presentations that were leaked from Facebook on the potential harmful effects of its Instagram platform on teenage girls caused lawmakers to renew their campaign to halt the company’s plans to launch Instagram Youth, a version of the app for users younger than 13, who are not allowed on the current Instagram version due to federal privacy law.

The Wall Street Journal did a story detailing how Facebook’s owns internal research made clear the app may be negatively impacting mental health and self-esteem, especially in teenage girls who develop an addiction to Social Media. 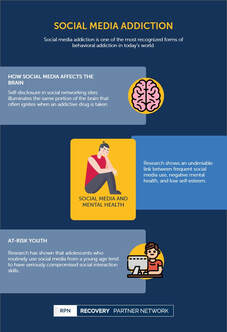 If you are suffering the effects of social media on mental health, call Social Media Mental Health Lawyer Timothy L. Miles
The report made it clear Facebook was aware of Instagram addiction and mental health issues.  For example, the report also detailed the research Facebook had been doing the past few years on the impact of Instagram on young users and has consistently found that it can increase negative feelings and thoughts in some kids. Slides and other Facebook materials included the company’s own conclusions that they were well aware of the effects of social media on the mental health, and in particular, the adverse mental health consequences as a result of Instagram: Among teens who reported suicidal thoughts, 13 percent of British users and 6 percent of American users traced the desire to kill themselves to Instagram.

Linda Nicolotti, PhD, a pediatric psychologist with Brenner Children’s Hospital in Winston-Salem, North Carolina says social media, particularly those that are image-based, is associated with mental health issues such as feelings of low self-worth, insecurity, inadequacy, decreased self-esteem, body dissatisfaction, preoccupation with appearance, anxiety, depressed mood, and eating disturbances, says. She explains while young females may especially at risk for mental health problems, the negative consequences of social media effects all genders. “Adolescent females, [who are] high utilizers of social media platforms, may be especially at risk for negative mental health issues related to social media use, but all genders are susceptible to negative effects.” she explains.

The effects of social media on mental health worsen as the user becomes more addicted to social media
​Studies, as previously noted, have shown that the use of social media correlates with increased feelings of depression and anxiety among adolescent users. These studies have highlighted that increased screen time among young adults has been linked to a higher risk of depression, suicide, and self-harm as they become addicted to social media.  Social isolation, comparison, and online peer pressure also contribute to the rise of depression, suicide, and self-harm in young adults. One study found that 48 percent of teens who spend five hours per day on an electronic device have at least one suicide risk factor, compared to 33 percent of teens who spend two hours a day on an electronic device.

The Effects of Social Media on Mental Health 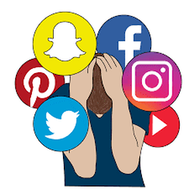 If you suffered mental health disorders caused by Facebook or Instagram contact social media mental health lawyer Timothy L. Miles
​Studies have shown that social media can lead to lower self-esteem in teens who become addicted to social media. Bombarded with ads of thin models they consider "ideal body types" leads young adults to compare themselves to unrealistic standards, eventually leading to lower body satisfaction in young women. Sadly, in too many cases where those social media victims have become unsatisfied with their bodies, they may often partake in harmful and unhealthy behavior, including eating disorders like bulimia nervosa or anorexia nervosa, to try and meet these unrealistic beauty standards. If this has happened to you or a loved one, please contact social media mental health lawyer Timothy L. Miles.  We are here to help.

​In 2020, BMC published a study with multiple data points regarding what they called "social media disorder" and its relationship to loneliness. Researchers also uncovered that woman were more likely to experience feelings of loneliness than men. A similar study by the University of Pennsylvania found that Instagram, Snapchat, and Facebook have negatively impacted many people's well-being. The injuries sustained from social media algorithms have varied anywhere from increased feelings of loneliness to depression. The Current Opinion released a publication noting that suicide, in direct correlation with the problematic use of social media, is one of the leading causes of death worldwide among 10- to 24-year-olds.

So what is so triggering about social media to teens and adolescents? Amanda Lenhart, ​youth and technology expert, in 2015 conducted the ﻿Pew Study﻿ on teens. technology, and friendships and revealed a range of social media-induced stressors:
In analyses of thousands of adolescents’ reactions to digital stressors, such as social media, the study found even more challenges:

​If you believe you or a loved one has suffered mental health disorders caused by Facebook or Instagram addiction and suffered one of the mental disorders listed above, please contact social media mental health lawyer Timothy L. Miles and someone will promptly be in touch with you, as you may be eligible for a Social Media Mental Health Lawsuit and substantial compensation. We are here to help 24/7.