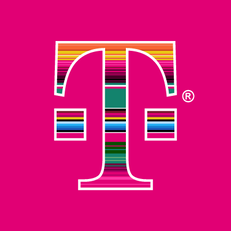 If you think you were the victim of theT-Mobile Data Breach call a T-Mobile Lawyer today
T-Mobile recently confirmed that their company was the subject of a malicious data breach that exposed the personal information of over 50 million people who signed up for a T-Mobile account. Names, birth dates, driver’s license information, and even social security numbers were leaked to the public, which is especially problematic considering how dangerous it is to have that information fall into the wrong hands. To make matters worse, T-Mobile has been reluctant to share information surrounding the leak, which has customers wondering if their sensitive data is at risk.

We place a significant amount of trust in the companies we choose to share our information with, making the actions of T-Mobile all the more unacceptable. If you suspect that your information was exposed in T-Mobile’s data breach, call a T-Mobile Lawyer, we are here to help.

How Did the Data Breach Occur?

​Companies that handle sensitive information must maintain a secure network to prevent unauthorized individuals from accessing their records and databases. Unfortunately, T-Mobile slacked on its data protection standards, and its network was infiltrated by an unethical individual who intended to sell the stolen data. The only reason T-Mobile became aware of the leak was because hackers posted in an online forum boasting about their actions.

T-Mobile claims that no financial information was jeopardized in the data leak, but the customer information that was exposed is significant enough to cause damage in the wrong hands. The company reset the pin numbers on the affected accounts and is offering additional identity protection services to better protect the victims of their negligent mistakes.

How Do I Know if My Information Was Leaked?

​Unfortunately, T-Mobile has yet to disclose which customer records were affected, meaning that there’s no way to tell if your information was subject to the breach. However, the leak affected those who signed up for a T-Mobile account, which means individuals who aren’t customers of the company are also potentially at risk. If you’ve made an account in the past, you should log in and change your password immediately to avoid any future problems.

How Can an T-Mobile Lawyer Help After a Data Leak?

​When private information is leaked to the public, malicious individuals can potentially use it to commit fraud in your name. In some cases, this happens silently, and you only find out that you’re a victim once the damage is already done. Through the Fair Credit Reporting Act (FCRA), you can dispute the fraudulent charges with your credit card provider, but this is often difficult and can create a very frustrating situation for you and your family.

The T-Mobile security breach occurred because the company failed to uphold the proper data protection standards. You shouldn’t have to endure the expense of credit card fraud because of their mistake, and by teaming up with an experienced attorney, you won’t have to. Morgan & Morgan can help you navigate through the FCRA process and hold T-Mobile accountable for its negligence.

Was There a T-Mobile Data Breach?

​Yes, T-Mobile’s inadequate data security resulted in a data breach that exposed the sensitive information of over 50 million individuals. Names, driver’s license information, and even social security numbers were leaked to the public, all of which can have serious consequences when accessed by an ill-intended individual. On top of it all, T-Mobile has yet to release which accounts had their information compromised, which has created a stressful situation for their customer base.  If you believe you were apart of the T-Mobile Data Breach call a T-Mobile lawyer who is waiting to help you.

Does T-Mobile Include Sprint?

​As of April 1st, T-Mobile acquired Sprint to create a “5G powerhouse.” When the merger occurred, T-Mobile claimed to be in the process of consolidating all Sprint accounts into their organization, so some Sprint customers may have had their information leaked in the data breach. If you were previously a Sprint customer, you may want to take precautionary measures to ensure the safety of your private data.

Is McAfee Free With T-Mobile?

Can You File a T-Mobile Lawsuit for Identity Theft?

​If you believe your information was exposed in the data breach, we understand how frustrating and stressful your situation can be. You may want to sue T-Mobile directly for its negligence, but an individual lawsuit might not have a significant impact. However, by joining our mass arbitration against T-Mobile, you can unite with other victims and create a much stronger legal force that can hold them accountable for their actions. You shouldn’t have to endure the expense of their mistake, and we can help you advocate for your rights.

Can I Sue T-Mobile for Breach of Personal Data?

Call a T-Mobile Lawyer today about a T-Mobile Lawsuit if you believe you were a victim of the T-Mobile Data Breach
While you could sue T-Mobile directly for the data breach, T-Mobile has the resources to fight many individual lawsuits at once and still come out on top.  Mass arbitration, on the other hand, creates a powerful group of plaintiffs who are all fighting for one single goal, to hold the at-fault party accountable for their actions. T-Mobile may be able to get around individual lawsuits, but when they’re faced with a substantial mass arbitration lawsuit, they’re forced to take the victims seriously and pay for their mistakes.
2022 © Timmileslaw.com | All Rights Reserved
​Tim Miles Law Office | Class Actions | Mass Torts