​​What if the instead  of protecting you, the airbags in your car actually made your car potentially more dangerous? That is exactly what the Defective Takata Airbags are doing.

The Takata airbags installed in many early to mid-2000s vehicles from Honda, Toyota, Ford, Mazda, and others are potentially deadly. When these airbags deploy during an accident, they can shoot deadly metal shrapnel at the driver and passengers. This explosive malfunction has already occurred thousands of times, leading to massive recalls for years, and has caused caused permanent scarring, vision loss, and multiple deaths among vehicle occupants around the world.

Regulators and investigators believe that this malfunction is caused by the chemical propellant ammonium nitrate, which becomes unstable over time, and is prone to violently exploding upon airbag deployment. The National Highway Traffic Safety Administration ("NHTSA") has called the Takaka Airbag Recall, the “the largest and most complex safety recall in U.S. history."  However, if you were injured by one of the Defective Takata Airbags​, there are ways for Takata airbag victims and future claimants to recover compensation for their Takata airbag injuries.

How Takata airbag victims and future claimants can recover compensation 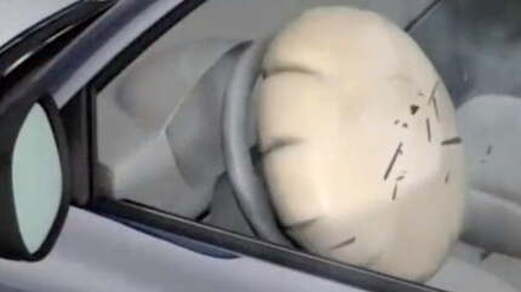 If you have questions about the Takata Airbag Recall or a Takata Airbag Recall Lawsuit, call a Takata Airbag Lawyer Today
Despite the recent bankruptcy of Takata’s US based subsidiary, TK Holdings, Inc., there are three potential avenues for Takata airbag victims and future claimants to recover compensation for their Takata airbag injuries. Some victims may only be able to recover compensation through one avenue, while others may be able to claim compensation from all three.  The avenues for compensation for Takata airbag victims and future claimants are:
​
These airbags were installed in a wide range of vehicles, including models manufactured by: If you or someone you know sustained lacerations that required stitches, or suffered from the following: a brain injury, broken bones or a skull fracture, loss of vision, nerve damage, or death from an airbag, do not hesitate to contact Timothy L. Miles, a Takatac Recall Lawyer today.  A Takatac Recall Lawyer may be able to hold Takata and the auto manufacturers accountable for medical bills, pain and suffering and other losses.  Call a  today for a free, no-obligation case review.

What is the Problem with the Defective Takata Airbags? 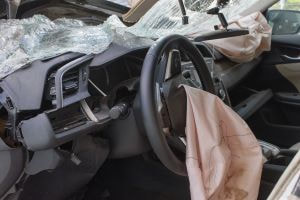 Consumers injured by a Defective Takata Airbag should call a Takata Recall Lawyer to see if they qualify for Takata Airbag Recall Lawsuit
The NHTSA has determined the root cause of the problem: airbags that use ammonium-nitrate-based propellant without a chemical drying agent. As postulated early on, environmental moisture, high temperatures, and age as associated with the defect that can improperly inflate the airbags and even send shrapnel into the occupant.

How Do I Know if My Vehicle Has Takata Airbags?

​You can check to see if your vehicle is subject to the recall by entering your VIN here.

If your vehicle is on this list and you or a loved one was seriously injured after the airbags deployed, you may be able to file a lawsuit against Takata.

I Was Injured by My Defective Takata Airbag: Can I File a Takata Airbag Recall Lawsuit and Claim Compensation?

What Damages Can I Recover in a Lawsuit?

How Much Does a Takata Recall Lawyer Cost?

Takata airbag victims and future claimants contact a Takata Recall Lawyer about Takata Airbag Recall Lawsuit
We work on a contingency basis meaing we only collect a fee if we are sucessful and win your case. If so, we receive a portion of the final settlement of jury verdict.

How Large is the Takata Airbag Recall?

As noted previously, the NHTSA has called the Takata Airbag Recall “the largest and most complex safety recall in U.S. history.” The Takata airbags, were installed in cars mostly from model years 2002 through 2015. Some of those airbags could deploy explosively, injuring or even killing car occupants.

​Around 42 million vehicles and 56 million inflators (both driver and passenger) are under recall. The recalls have come in phases. They began in 2016 and are expected to continue as vehicle manufacturers have announced additional, rolling recalls.
Approximately 100 million Takata airbag replacement inflators could also be recalled if Takata is unable to prove they’re safe. The replacement parts contain a drying agent, or desiccant, that is meant to prevent the degradation of the ammonium nitrate propellant. Nearly 3 million such airbags have already been recalled. One known injury is already linked to desiccated Takata airbags.

How many deaths and injuries have been caused by Takata airbags?

​Defective Takata airbags have been blamed for at least 17 deaths in the U.S. alone. At least 300+ injuries have been linked to exploding Takata airbag inflators. These numbers are even higher when injuries and deaths worldwide are taken into account.

What corrective action is being taken for recalled vehicles?

​Dealers are repairing faulty airbags free of charge to owners. Some owners have had to wait because of replacement part shortages, but the NHTSA reports that shortages have eased significantly. Contact your local dealer to determine a specific repair timeframe.

Should I stop driving my car until it’s fixed?

​Unless you own one of the Alpha models noted above, you shouldn’t necessarily stop using your car due to pending repairs. If you feel uncomfortable continuing to drive your vehicle before it’s fixed, contact your dealer to see if it will provide a loaner in the meantime, but keep in mind that it is not required to do so. Other interim possibilities for concerned owners include minimizing your driving, carpooling with someone whose car isn’t affected, using public transportation, and renting a car.

Am I eligible for legal action against Takata?

Call a Takata Recall Lawyer to dicuss you eligibility to file a Takata Airbag Recall Lawsuit
​If your Takata airbag deployed and injured you, it may be possible to file a lawsuit. Usually, these cases also bring claims against auto manufacturers. Injuries attributed to exploding Takata airbags include cuts/lacerations, eye injuries, burns, bruises, facial and cranial fractures, broken bones and teeth, neck and back damage, head/brain trauma, permanent scarring, and death. Police who responded to the scene of one accident thought the victim had been shot in the face due to the gruesomeness of the airbag injuries.

Importantly, it does not matter how the accident occurred. Even if you were at fault in the crash, if the airbag malfunctioned and injured you, you could be entitled to compensation for medical bills, lost wages, physical and mental pain and suffering, vehicle and property damage, and other losses.

Airbag injuries sometimes result from non-defective airbags due to the inherent force of their deployment. It is therefore important to get an attorney to review your claim.

Aside from personal injury litigation, several manufacturers have settled an economic-loss class action lawsuit. Visit this settlement website to find out if you qualify for payment.

How can an Takata Recall Lawyer help?

Takata has settled a number of injury lawsuits. Most of them are confidential, meaning the company does not have to disclose how much it paid the victim or release potentially damaging information.

Despite Takata compensation funds offering payment ranging from $10,000 (for injuries such as bruising) to $5 million (for death or loss of eyesight), victims who aren’t satisfied with their settlement offers can still take their cases to court.

During a free case review, a Takata Recall Lawyer will explain your legal options and help you decide the best course of action. We can also file compensation fund or lawsuit claims on your behalf.

Learn more during a no-cost, no-obligation case review with a Takata Recall Lawyer.