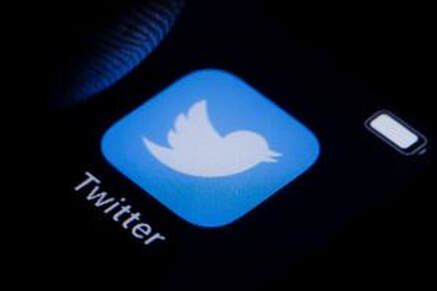 If you suffered losses in Twitter stock, call a Twitter Stock Loss Lawyer Today
In 2010, the Federal Trade Commission (“FTC”) filed a complaint against Twitter for mishandling users’ private information and the issue of too many employees having access to Twitter’s central controls.  On March 11, 2011, the FTC agreed to a settlement with Twitter and, as part of the settlement, Twitter agreed it would be “barred for 20 years from misleading consumers about the extent to which it protects the security, privacy, and confidentiality of nonpublic consumer information, including the measures it takes to prevent unauthorized access to nonpublic information and honor the privacy choices made by consumers.”

However, as the Twitter class action lawsuit alleges, defendants failed to disclose that: (i) Twitter knew about security concerns on their platform; (ii) Twitter actively worked to hide the security concerns from their Board of Directors, the investing public, and regulators; (iii) contrary to representations in U.S. Securities and Exchange Commission (“SEC”) filings, Twitter did not take steps to improve security; and (iv) Twitter’s active refusal to address security issues increased the risk of loss of public goodwill.

On August 23, 2022, CNN published an article titled “Ex-Twitter exec blows the whistle, alleging reckless and negligent cybersecurity policies,” reporting that “Twitter has major security problems that pose a threat to its own users’ personal information, to [Twitter] shareholders, to national security, and to democracy, according to an explosive whistleblower disclosure obtained exclusively by CNN and The Washington Post.”  The article further revealed that “[t]he whistleblower, who has agreed to be publicly identified, is Peiter ‘Mudge’ Zatko, who was previously [Twitter’s] head of security, reporting directly to the CEO.”  Specifically, “Zatko further alleges that Twitter’s leadership has misled its own board and government regulators about its security vulnerabilities, including some that could allegedly open the door to foreign spying or manipulation, hacking and disinformation campaigns.”

The Lead Plaintiff Process in the Twitter Class Action Lawsuit

How Can a Twitter Stock Loss Lawyer Help Me?

​A Twitter Stock Loss Lawyer is well-versed in the complex laws that govern the securities industry and litigation. A Twitter Stock Loss Lawyer focuses on representing individual investors or funds who have been the victims of fraud or who have disputes with investment professionals. Ordinary individual investors, including civil servants, teachers, nurses, and retirees, may need a securities lawyer. In most cases, if they have lost money due to mistakes, incompetence, or fraud by an investment professional. While FINRA, the SEC, and state securities regulators serve a vital role in protecting investors, they simply have too many individuals, firms, and market transactions to monitor to discovery every act of fraud or negligence. Individual investors should consult with a securities lawyer if they have lost money due to fraud or stockbroker misconduct, such as a Twitter Stock Loss Lawyer who will work to recover the losses you sustained through a Twitter Class Action lawsuit.​