If you suffered Xeljanz Side Effects, talk to a Xeljanz Lawyer today
What should you do when a medication makes you feel worse, not better? Whether it’s over-the-counter medicine or a prescription from a doctor, drugs are meant to treat a patient. However, when the side effects exceed the benefits, medicines can become very dangerous and sometimes lethal.

Pharmaceutical companies and suppliers have both an ethical and legal responsibility to properly disclose the risks and side effects of a drug before bringing it to market, but all too often those warnings are withheld in the name of profit.

However, ​in just the last two years, the FDA has warned that Xeljanz can be associated with heart problems, blood clots, and even cancer. But the question remains: why didn’t Pfizer warn consumers about these potential risks sooner?

Xeljanz lawsuits claim that Pfizer failed to give adequate warning about the Xeljanz's side effects, which caused preventable harm to patients who suffered blood clots in the lungs, heart attacks, strokes, breast and colon cancer, and other severe health problems. We are accepting these cases on a contingency-fee basis. That means our clients don’t pay unless we win. If you need to discuss a lawsuit with a Xeljanz lawyer, free of charge, please contact us.​

​Xeljanz belongs to a class of drugs known as Janus kinase (JAK) inhibitors. As Pfizer explains, our body has signaling proteins called cytokines that regulate immune system responses. The production of cytokines is increased when our body fights infection. Cytokine production is thought to play a role in chronic inflammatory conditions, such as rheumatoid arthritis, psoriatic arthritis, and ulcerative colitis. Xeljanz disrupts signaling that produces some of the cytokines, reducing inflammation. Specifically, Xeljanz blocks—or inhibits—the release of cytokines in the JAK signal pathway.

Xeljanz has been approved for several different uses: 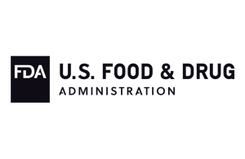 Post-Marketing Xeljanz Study Reveals Serious Safety Concerns
​Most Americans assume that if a drug is approved by the FDA, it has been thoroughly evaluated for safety and efficacy. However, this isn’t always the case. In addition to pre-approval clinical testing, the FDA may order post-marketing studies as a condition of drug approval. These trials gather more information about a drug’s safety, efficacy, or optimal use. Here, the Xeljanz study reveled serious safety concerns.
​
When the FDA first approved Xeljanz in 2012, it ordered a post-marketing Xeljanz safety study known as ORAL Surveillance. But rather than confirming the safety of Xeljanz, this study has led to new health alerts and warnings.

If you took Xeljanz and Developed Blood Clots, call a Xeljanz lawyer today
​In February 2019, the FDA warned that the ongoing Xeljanz safety trial found an increased risk of taking Xeljanz and developing blood clots in the lungs and death. In July 2019, the FDA announced that it had approved new warnings about thrombosis and death in patients treated with a 10 mg twice-daily dose of Xeljanz.

The next major safety news to come out of the Xeljanz post-marketing study was equally concerning. The FDA alerted the public in February 2021 that preliminary results showed an increased risk of cancer with Xeljanz.

Pfizer reports in a press release that malignancies observed in Xeljanz studies include (but are not limited to):
Also in February 2021, the FDA warned about serious heart-related problems that may result from Xeljanz use. Pfizer refers to these in its press release as “major adverse cardiovascular events” (MACE).

Pfizer reports that a total of 135 patients in the study had a major adverse cardiovascular event, although the full results have not yet been released. The most frequently reported event was myocardial infarction (i.e. heart attack).

Other cardiac events that may be linked to Xeljanz include:
We are currently speaking to clients across the country about Xeljanz cancer, blood clot, and cardiovascular lawsuits. Patients who took Xeljanz as prescribed and developed a malignancy, thrombosis, or heart-related issues may qualify for a lawsuit. Lawsuits against Pfizer can recover compensation for medical bills, lost wages, pain and suffering, reduced quality of life, and more.

Call or contact us today to speak with a Xeljanz lawyer during a no-cost, no-obligation case review.

How Dangerous Is Xeljanz?

​Xeljanz, while marketed as a safe medication, increases the risk of blood clots, cancer, and cardiovascular problems for its users. The FDA approved the drug upon release, but a post-marketing safety study concluded that the side effects are more detrimental than initially believed. The company responsible for the medication, Pfizer, knew about the side effects prior to the safety study but failed to disclose this information to the public in an attempt to retain their profits. This unethical behavior exposed thousands of consumers to an elevated risk of harm, making their actions unacceptable by any means.

How Long Can You Stay on Xeljanz?

​Anyone who is currently using Xeljanz should speak with their doctor about terminating their prescription to avoid the dangerous Xeljanz side effects. Not only will they help you stop the drug, but they can also advise you on safe medication alternatives for your condition.

Unfortunately, some users of Xeljanz have developed cancer as a result of their medication use, including but not limited to lymphoma, melanoma, and lung cancer. Pfizer, already knowing the risk of the Xeljanz side effects, sold it to consumers anyway, causing many innocent individuals to develop and suffer from a life-threatening disease. Their reluctance to disclose the risk of their product isn’t just unethical, it’s illegal, and our attorneys are here to help hold them accountable to the full extent of the law.

Contact a Xeljanz today at (855) 846-6529 or tmiles@timmileslaw.com or by submitting the form below and see what a ​Xeljanz Lawyer can do for you.  Someone will promptly get in touch with you. 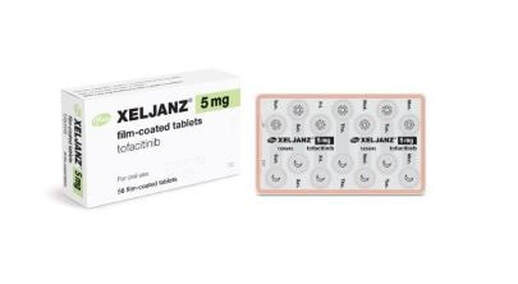 Call a Xeljanz Lawyer if you developed blood clots, cancer or cardiovascular health problems about a Xeljanz Lawsuit

​CONTACT US TODAY FOR A FREE
XELJANZ LAWSUIT CASE EVALUATION